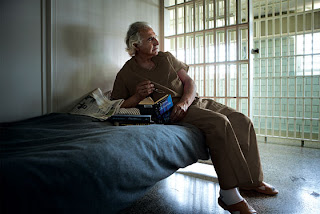 There is a revival of interest in Bernie Madoff now that the eminent TV program 60 Minutes profiled his family (Oct. 30, 2011). It is a reminder to us all about the value of reputation. I give a speech on branding. I ask my audience if they could imagine the image that their own name would conjure. I then list the following names and show their pictures:
The flinch at that last name is palpable, especially after the admiration and good will expressed for the others. (Stop and think: When was the last time you heard a reputable family name their son “Adolph?")
Peter Drucker noted that "ethics stays in the prefaces of the average business books." Consider the long line of lies told by a famous oil company when it had a massive spill off the Louisiana coast. The company listed lists otters, sea lions, seals, and walruses as "sensitive biological species" that deserve protection in the Gulf of Mexico. However, there are no otters, sea lions, seals, or walruses in the Gulf of Mexico. They listed emergency phone numbers for mammal specialist offices in Florida and Louisiana that were no longer in service. And their spokespeople proudly stated in their disaster plans that, "under the worst-case spill scenario," it could skim, vacuum, or otherwise remove as many as 20 million gallons of oil a day. In fact, they captured only about 630,000 gallons a day.
Even the best companies often obfuscate in their annual reports. Some may say that "We performed well in a difficult economy," rather than say, "We didn't make our numbers this again again."  Or they may state that "We have a healthy backlog," rather that "Our manufacturing inefficiencies keep us from meeting our delivery goals."
Conducting business in a socially responsible way is, in the end, a sound business practice in and of itself. It allows you to attract the best employees. It helps create an atmosphere in which quality products are produced because your people will proudly stand behind them. Trust helps maintain good relations with people and institutions such as your employees, your shareholders, the media and the local community. Your word becomes your bond, as good as a contract. But most important, it is the best branding possible. After all, if you can't be trusted to keep your story straight, why should your customer trust your products or services? So I encourage all business people to build their trust in the following ways, as I have helped my clients in my role as a professional communicator:
"I would rather be the man who bought the Brooklyn Bridge than the man who sold it," said Will Rogers. The name "Madoff" is now a synonym for "swindler," and all financial planners now operate under a cloud of suspicion.  Indeed, the hell through which Bernie Madoff put his family, his employees, his customers, and even his colleagues is an argument for both ethics and transparency.
Posted by Pat Rocchi at 1:32 PM No comments: Links to this post

When Your Job is to Get a Job

A friend recently noted how he was not focused on his job hunt, which I could understand, as I have been out of work myself at times. But when I asked how he spent his day, he described mowing the lawn, picking up the kids and things like this. Here are the points I shared with him:

Posted by Pat Rocchi at 10:56 PM No comments: Links to this post

Email ThisBlogThis!Share to TwitterShare to FacebookShare to Pinterest
Labels: Economic Changes and Challenges;

Awards Mean Little to Those We Serve

The president of the nation of Liberia, Ellen Johnson Sirleaf, shared this year's Nobel Peace Prize, but she isstruggling to be re-elected.
The Philadelphia Phillies and the New York Yankees were long the odds-on favorites to face each other in the  2011 World Series, having won the most games in National and American leagues, respectively. But most teams are home after losing in the first rounds of their playoffs.
In 2010, the movie The King's Speech was number one at the Academy Awards... and 18th at the box office.
Do you see a pattern here? Despite what we often say when we promote ourselves in conversations, press releases and the like, there is often little connection between our laurels and our sales (except for people who receive awards for sales, but that's apparent).
I know I have a little section of my resume carved out for my awards. That's because I was advised to do so to generate interest. And truth be told (and please don't spread this around; it's just between us), there are many other communicators to whom I look up who have not won any awards. In the end, it is our output that matters.
Consider these little tidbits: John Wayne was one of the biggest moneymakers in film history (and is still one of the most popular film stars in the world today, decades after his death!), and he did not win an Academy Award until near the end of his career. Ernie Banks, Mr. Cubs, is one of the most revered baseball players in the history of the game, yet he never won a World Series or even appeared in one. And Graham Greene, Mark Twain, Evelyn Waugh, Marcel Proust, Simone de Beauvoir, Bertolt Brecht, James Joyce, Jean Cocteau, Franz Kafka and Henrik Ibsen are listed among the greatest writers of the 20th century, yet they are also distinguished by never having won the Nobel Prize in literature.
In the end, these folks were distinguished by what they accomplished, not by the citations they accepted, and by what they overcame, not that they were overlooked. Periodically, we should also take comfort in our own personal inventories. A highly successful sales rep once put it to me this way: "I want rewards, not awards." Customers, clients and our other stakeholders ultimately feel the same way.
Posted by Pat Rocchi at 1:02 PM 2 comments: Links to this post